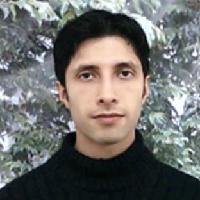 Dr. Mauricio Nava Mesa is a medical doctor (MD) from the Universidad Nacional de Colombia, an institution where he also completed a master's degree in Physiology with an emphasis in Neurophysiology (meritorious thesis). Later, he completed a master's and a doctorate in Neurosciences at the University of Salamanca (Spain) (thesis with a mention of Summa Cum Laude), where he was trained as electrophysiologist. Currently, Dr. Nava is Associate Professor at the Universidad del Rosario- School of Medicine, a member of the Neuroscience Center (Neurovitae) and the Neuroscience research group (NEUROS) of the same institution. He teaches in the areas of basic neuroscience and psychopharmacology, in undergraduate programs of medicine, rehabilitation, and psychology, as well as a postgraduate professor in medical specialties such as Neurology, Psychiatry, Pain medicine, and in the doctorate of biomedical sciences. His main research projects included the physiology of the hippocampus and the opioid system, the stress effects on memory and the pathophysiology of neurodegenerative diseases such as Alzheimer's Disease. He has published his research in multiple international journals in the area of basic neurosciences and translational neuroscience, as well as participated in different congresses on neuroscience and neurology. Some of his papers are above 97% of views and citations in important journals such as Frontiers in Molecular Neurosciences and CNS Neurosciences and Therapeutics. He has been a visiting professor at European Universities and also performs collaborative network with multiple institutions in Europe, the United States, and Canada, as well as national universities.