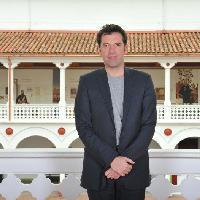 Yann Basset is PhD in Political Science of the Institute of high Studies in Latin America of Paris III University – Sorbonne Nouvelle. He is a political scientist from Sciences Po Bordeaux with a Master Degree in Economic exchanges Europe-Latin America. He is a professor of the Faculty of International, political and urban studies of the Rosario University and Director do the Democracy Studies Group DEMOS-UR in the same institution since 2012. He has been a professor at Externado University from 2002 to 2009, and Pedagogic Coordinator of the Institute of High Studies of Development of San Carlos Diplomatic Academia between 2004 and 2008.

He is the author of several books and papers on electoral analysis and political parties in Latin America and particularly Colombia.